This is my last post on China. I’m a bit sad, but at the same time happy to finish writing about my trip. I’m pleased that I actually managed to put this all in one place and writing about it made me go back to those days and experience everything again.

This is definitely not my last blog post though. I’ve done quite a bit of travelling in the past year around Europe that I can’t wait to tell about.

Anyway, Shanghai was the final stop and it was an absolutely perfect place to finish my trip. Why? There is not that much to see in Shanghai. If you want to see real Chinese culture don’t go to Shanghai. It’s a brilliant mix of West and East and it’s full of foreigners. It’s the largest city on Earth and it’s completely different from the rest of China. You can get Western stuff everywhere and maybe that’s why it was such a great place to finish – I finally got a proper cheese toasty nom nom nom. And I wasn’t bothered about seeing any more of Chinese heritage, I was there to party and have a great time.

Do you still remember my friend Rob from Taiyuan? I convinced him to join me in Shanghai as it was school holidays, so he had some time off.

I can’t remember in which hostel I was staying, but it definitely wasn’t very central or extremely popular. It was funny as I met my previous roommate from Yangshuo there. Even China is quite a small place.

A few photos from Shanghai: 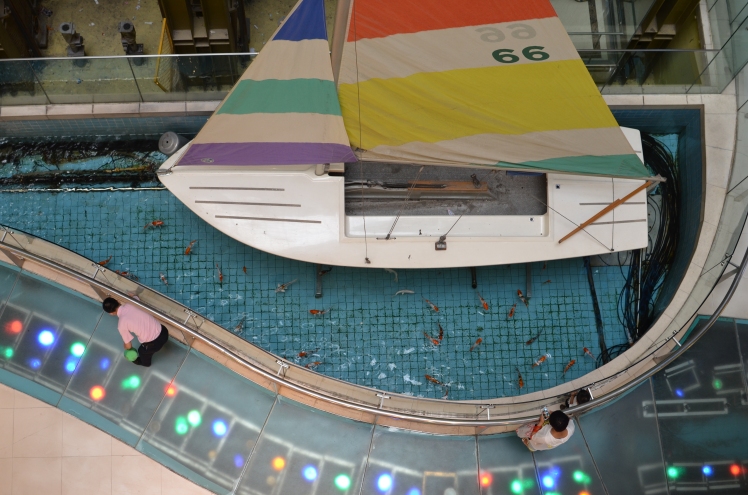 The Great Wall of Chocolate

Never too old for M&Ms 🙂

First night we went to the French Concession, which is not only a beautiful place but it is really famous for its clubs and pubs. We got into one of the clubs and after buying a club wristband for around 5 pounds, we could get as many drinks as we wanted. Yes, we had an awful hangover next day.

I met some really random people in Shanghai – ones who got paid for going to clubs and dancing there to attract rich Chinese clubbers  and the ones who quit their “normal” jobs after getting a chance to work as magicians in the clubs. Seems that China is full of opportunities as long as you are open to try something new.

When in Shanghai it is definitely worth going to Shanghai’s museum (I know I said I wasn’t there for that haha). It is free and has a decent collection of everything. It took us three days to get there, as there was something getting in the way all the time (mostly our hangover). People’s park and People’s square near the museum are really nice as well and if I remember it right, there is a massive shopping mall underneath it. 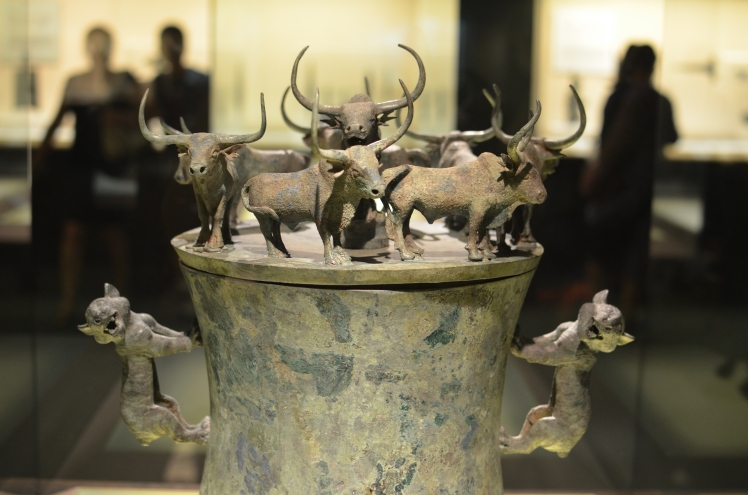 We also accidentally stumbled across Yu garden and City God temple and it’s a really nice area. However, there is a massive street food market nearby with some really aggressive sellers. Also, if you are considering going trying the Bund sightseeing tunnel – don’t waste your money. It was the most awkward thing ever – flashing lights and inflatable figures. Or maybe it’s worth the experience – it’s up to you to decide.

One of my favourite bits of Shanghai was the Captain bar. It’s a rooftop bar in Fuzhou road and you can sit there and enjoy the view of the Pearl Tower. Afterwards we got the bottle of Baiju and just sat outside chatting all night long. I’m surprised we managed to get back to the hostel. 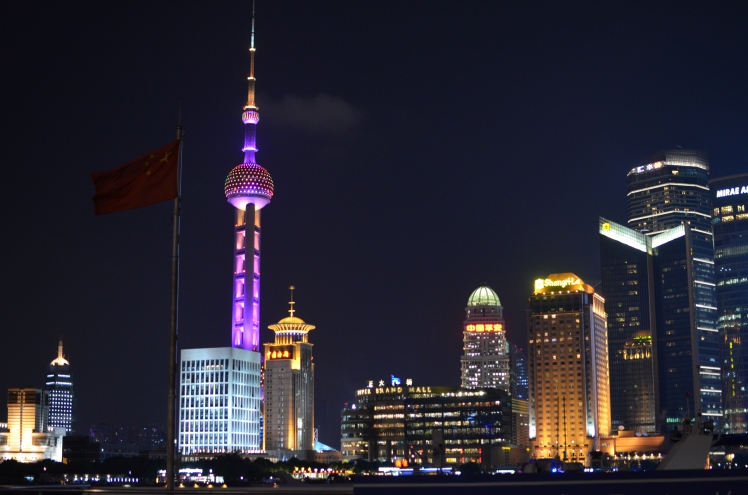 Time with Rob in Shanghai was great. We just came up with so many random ideas and spent time being “on a mission”. One of those was to find HP sauce, which we didn’t think was possible in the first place. We found out that there was Tesco in Shanghai and it took us a few hours to get there just to find out that it was closed. We put so much effort in it and we gave up after couple of days, but on our last day we were in western type of shop in the city center and accidentally found it.

In general, I met a lot of people who weren’t that impressed with Shanghai – and I don’t blame them. It’s not the city itself, it’s people and experiences that made it great for me. I was suprised how clean and quiet the city was – I was expecting something completely different from the largest city on Earth. But again, I probably used five metro stops while there, so I really  didn’t see that much outside of the city center.

I said bye to Rob, being a bit jealous that he was staying and I was going home. But at the same time I felt like it was time to go back. The entire trip was such an amazing experience and it gave me a huge confidence boost. Would I go back? Of course! I love China, I love people there and the language that seems impossible to learn. I’ll be back 😉