This island was such a treat! I always imagined the South of Thailand to be relaxed, with loads of beautiful beaches and nice atmosphere. Obviously Phuket was far from that image and when I finally got to Koh Lanta it made me appreciate the island even more.

Two things I learned there – I am terrified of scuba diving and I get sea sick! The latter shouldn’t have been such a huge surprise since I didn’t grow up near water. However, it was a very new and unpleasant sensation so to some extent it was nice to be surprised by my own body.

Anyway, I will start from the beginning. Craig wanted to do some scuba diving for his birthday, so I thought I would give it a go as well. Didn’t get any further than the swimming pool since I was totally freaking out about being unable to move freely and feeling that I couldn’t breathe as soon as I put my head under water. I don’t feel comfortable in water in the first place, I’ve never done any snorkeling either, so perhaps deciding to jump straight into scuba diving wasn’t a great decision. Me looking disappointed in the photo below.

I don’t like failing at things so obviously I was really frustrated, but I decided to give snorkeling a go instead. I met a Latvian girl and we decided to spend a day together snorkeling. We booked a three island tour, which was absolutely great (even if the boats seemed a bit crowded). 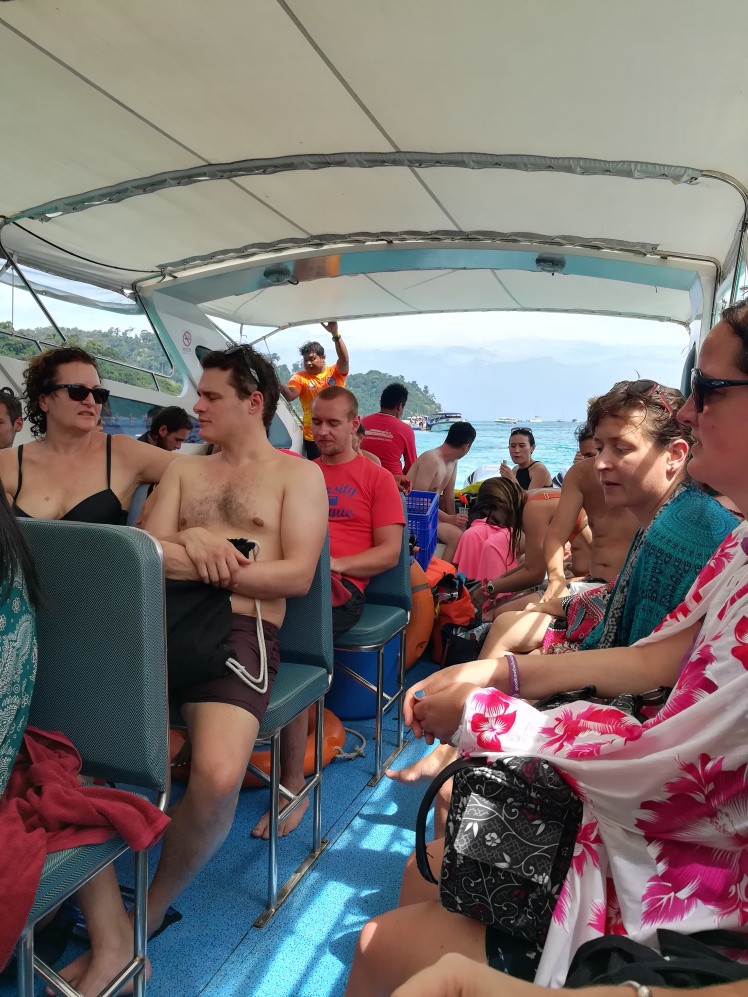 It was uncomfortable breathing through the snorkel at first, but I quickly got used to it and I could not believe how amazing it was to observe life under water. The amount of fish and their colours were so breathtaking that I couldn’t get enough. 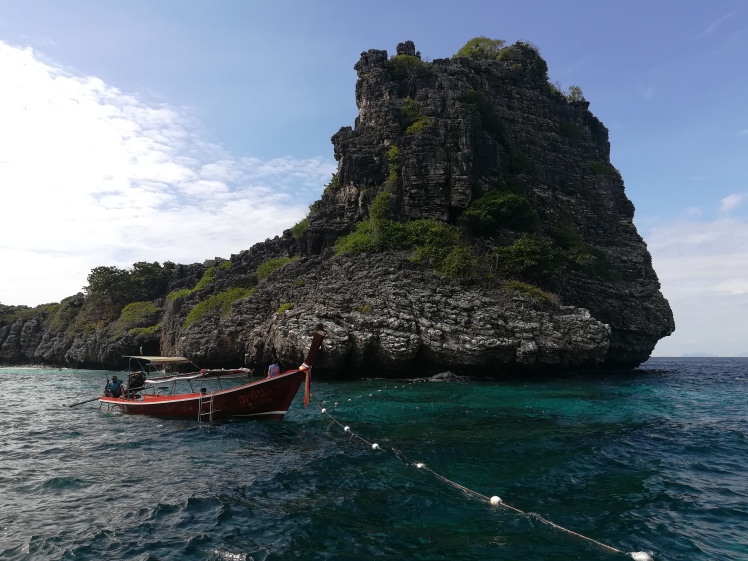 We visited two spots and spent about 45min at each and then suddenly I started feeling unwell. I was lucky my Latvian friend had some tablets against motion sickness and that we were just about to jump out on the island for lunch. I quickly started feeling better and even managed to eat my lunch. Afterwards we went for a walk around the island which was magnificent – surrounded by white sands and bright blue waters. The island got really crowded in no time as more boats were arriving for lunch. It was still possible to take a photo pretending as if nobody else was around. 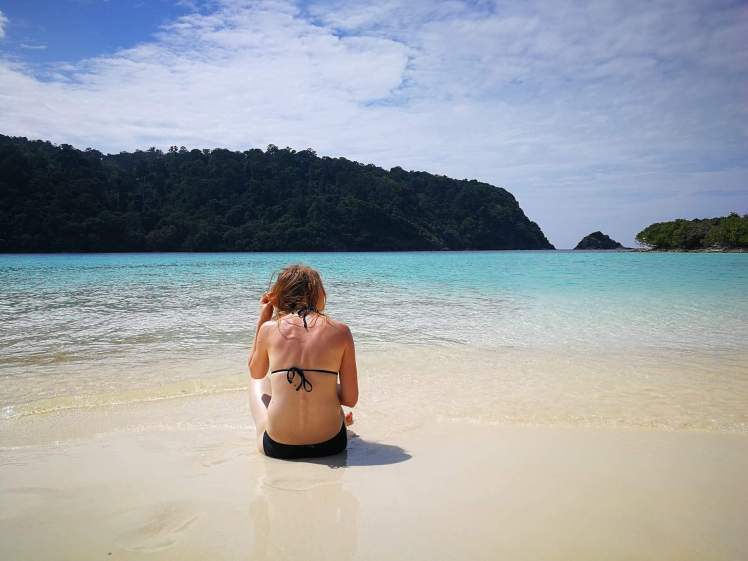 Craig enjoyed his scuba diving trip and during the rest of our time in Koh Lanta we spent some time exploring the island, its towns, cafes and beach bars. One day we just jumped on the scooter and went all around the island. 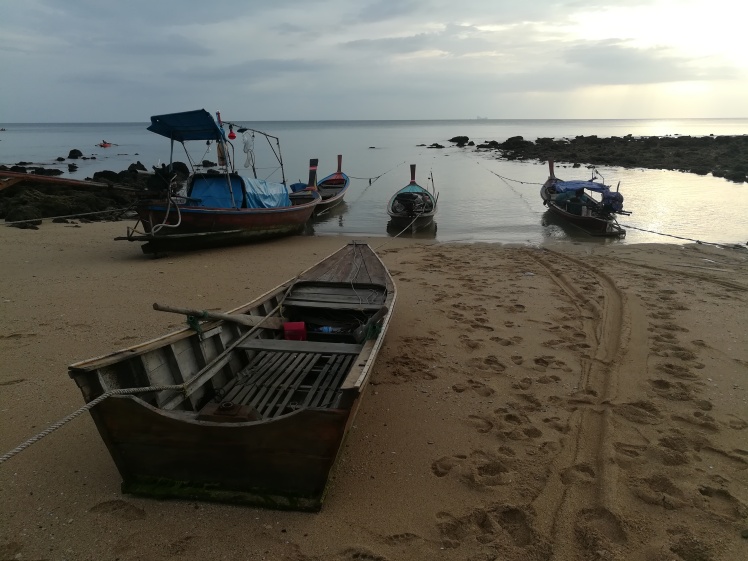 There were some great and very scenic roads through the hills to get to Lanta’s Old town. I really enjoyed wandering around the town, which had some beautiful old wooden houses built on stilts, although can’t really see that from my photos.

I also finally got to try some sticky mango rice there and absolutely loved it.

There was a lot of good food on the island and I couldn’t get enough of fresh fish. My happy face & fresh fish in photo below. 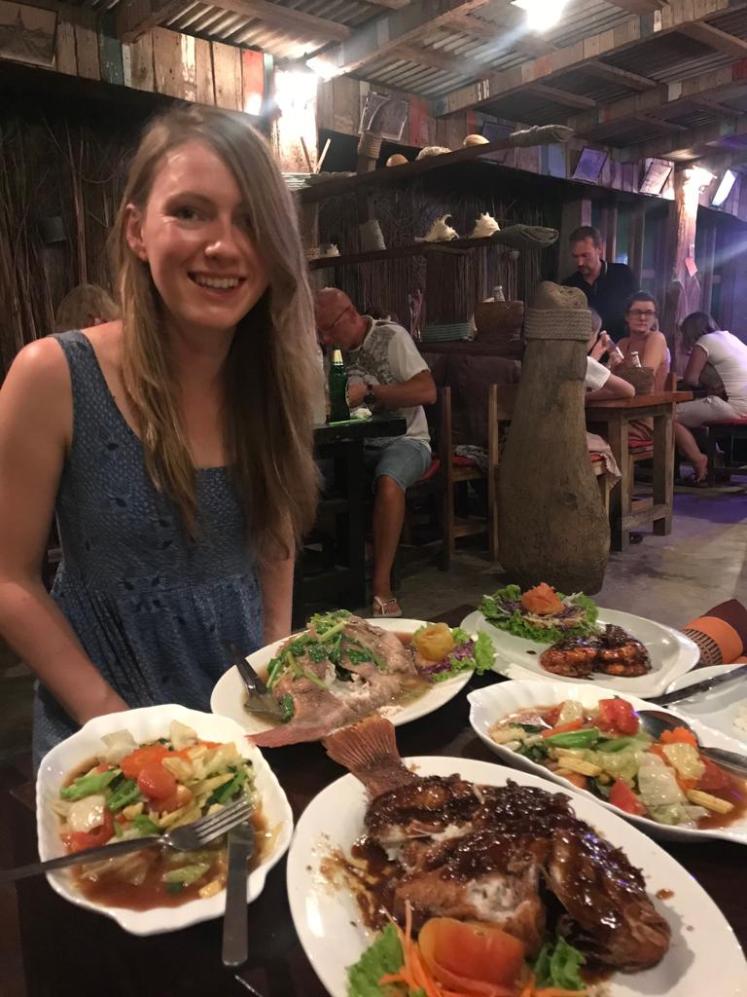 I loved the variety of beach bars there. Every one of them just felt so cosy and relaxing. Could spend all my days there reading and sipping fresh coconut juice.

The island hadsome amazing places where at night you could chill in hammocks and watch a random fire shows on the beach. 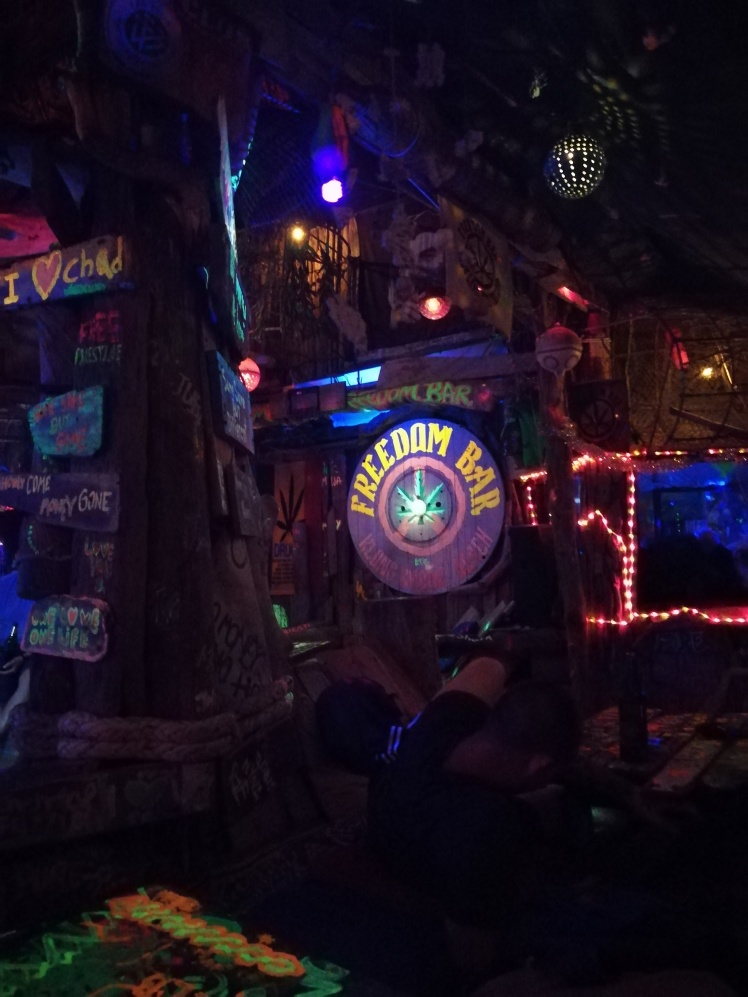 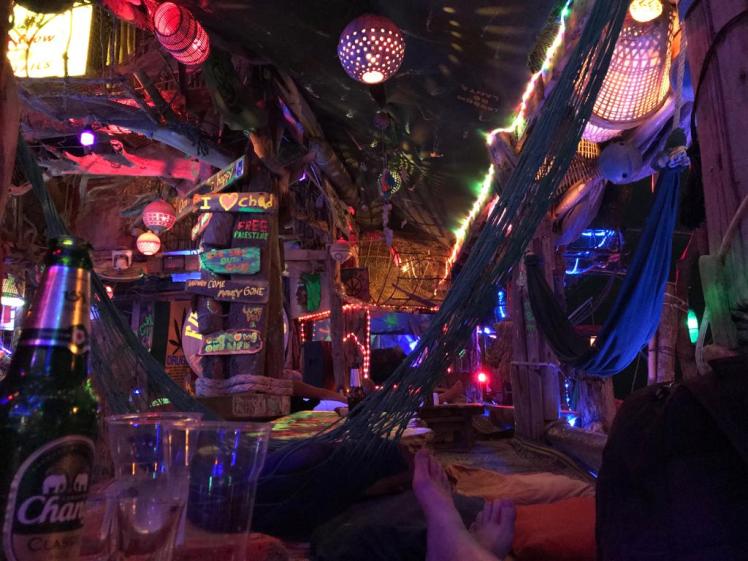 Koh Lanta was exactly how I imagined the south of Thailand to be and I absolutely loved my time there. I just hope one day I can overcome the fear of scuba diving which I now know exists.