The ride from Mount Batur to Amed Coast was one of the most stressful I have ever done. We decided to take a shortcut instead of going on the main road and, of course, shortcuts always have their own challenges. We headed north east from Black Lava hostel near Mount Batur hoping to save some time compared to taking a longer route. At first, the road was really busy and not in a great condition, which should have been a sign we needed to turn around and go back. We carried on and soon arrived at one of the villages. As I was driving through, the local lady stepped in front of me when she decided to cross the road without looking around. I was moving relatively slow, but quick breaking resulted in an emergency stop with a skid, so I managed to scare her and to scare myself. I didn’t even touch her but she shouted at me for a bit and I shouted something back and I eventually drove off. When she was out of sight I had to stop to breathe and get myself together. My god, I was terrified.

I moved on again and I had to tackle the steepest hill ever – my (sort of) lack of confidence in driving a scooter really made me question what on earth I was doing there. The road was really winding, steep and narrow, so whenever I ran a bit wide on the corner I was hoping nobody would be coming from the other direction. I was really stressed out but had to keep moving. Craig was out of sight for a while so I knew I just had to rely on myself.

Eventually, I reached the top of the hill, which I’m guessing was about 1000m above sea level (hard to say where exactly I was even from looking at the map) and the road started turning into a sand and tarmac mix. Leftover patches of tarmac weren’t really helping and the road started getting busier, so loads of traffic was coming towards me. A complete total hell. It didn’t help that the bunch of locals on their scooters overtook me and told me to be careful. Not sure if I could be anymore careful than I was.

I finally caught up with Craig who decided to get some fuel. I have to say I was so stressed and almost shaking from thinking death might be waiting for me on every corner, although I knew it was probably not the right attitude! Anyway, when I stopped worrying for a few minutes, I looked around and I have to admit the views from the top were absolutely stunning. I have no photos from that road trip though, it was the last thing on my mind.

We then started descending. Same story – crappy, narrow and winding roads, but at least we were going down. At some point I nearly started enjoying it. And then we reached the main road… after what felt like hours of being really focused and after a sleepless night, I was exhausted and the main road was too much. There was loads of traffic and it was scorching. We had to stop to get some food and rest.

It was a good idea to get some rest and we managed to reach Amed coast. We stayed close to Jemeluk beach and it was such a relief to park a scooter and get up to our room with an amazing view and go for a swim in the pool. 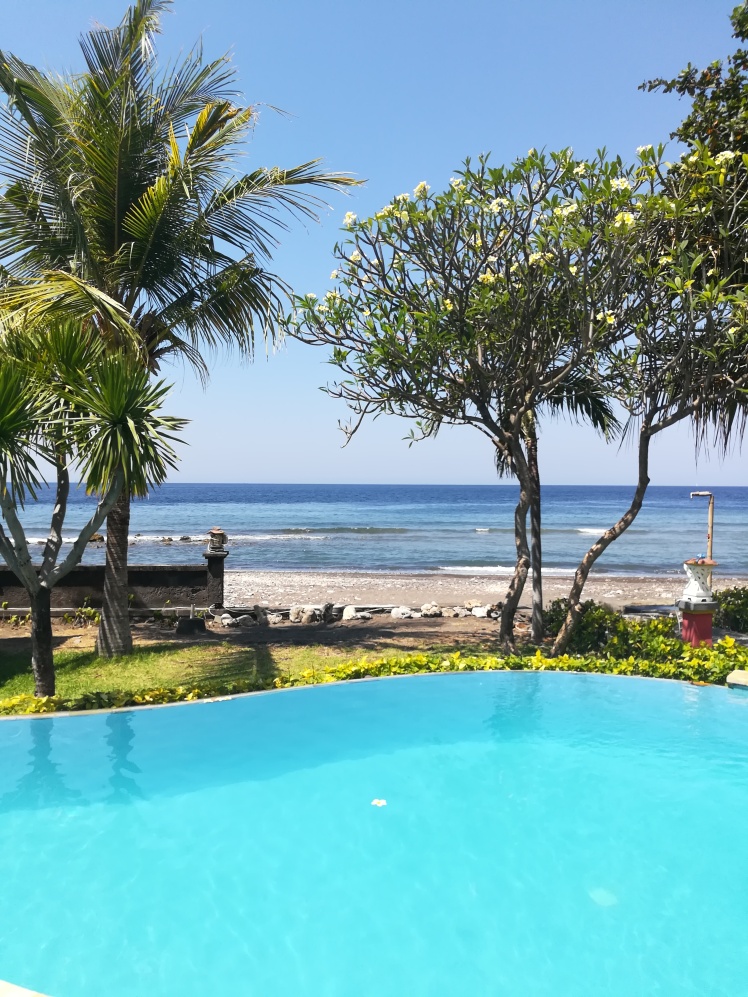 The plan for the next few days was to chill and explore the ocean. Craig arranged some scuba diving and I decided to go for some snorkeling. The first day I just joined the scuba diving group but I soon realised it was much cheaper way to do it. I could just rent a snorkel from one of the many shops along the coast and take my time exploring.

I have to say snorkeling in Amed was an absolute treat. The variety of fish was overwhelming and I even managed to see a lionfish, enjoying its life a few meters below me. Jemeluk beach also had a small underwater temple and there were giant fish around it looking like they were guarding it. I don’t have any underwater photos but I have to say it was spectacular. 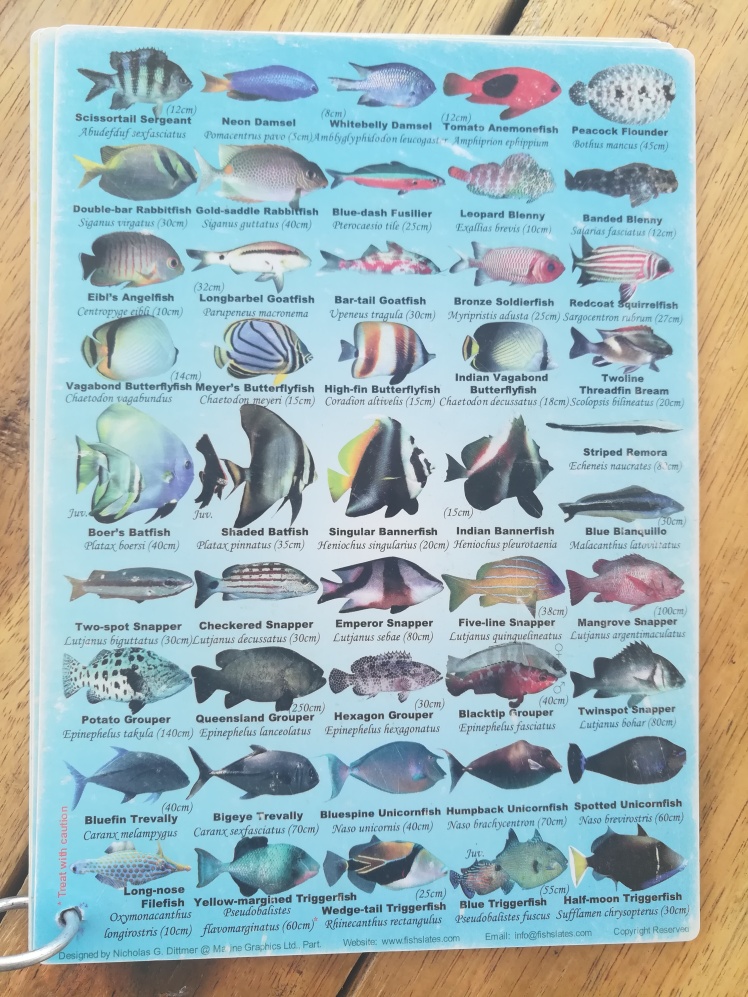 I also jumped on the scooter and traveled a bit further down the coast to see a small Japanese ship wreck. It looked pretty cool, but I preferred Jemeluk since you could observe the fish from so much closer. I also did a short ride further down the coast, which was really scenic. You could tell the tourists weren’t seen there very often and when I passed the villages the people there were keen to say hello. It was a beautiful coastal ride.

In the meantime, Craig did quite a few different dives with Amed Jepun Divers and he said it was one of the best companies he ever dived with (and he’s done a lot of diving in the past). Just a recommendation if you’re braver than me and looking to do some scuba diving.

The area we stayed in wasn’t exactly busy, only the bar with a viewpoint of Jemeluk beach was alive before sunset and the rest felt quiet after the sun was down. Perhaps, the combination of peace, colours, sense of freedom and variety of fish were the reasons why I really loved staying in Amed. 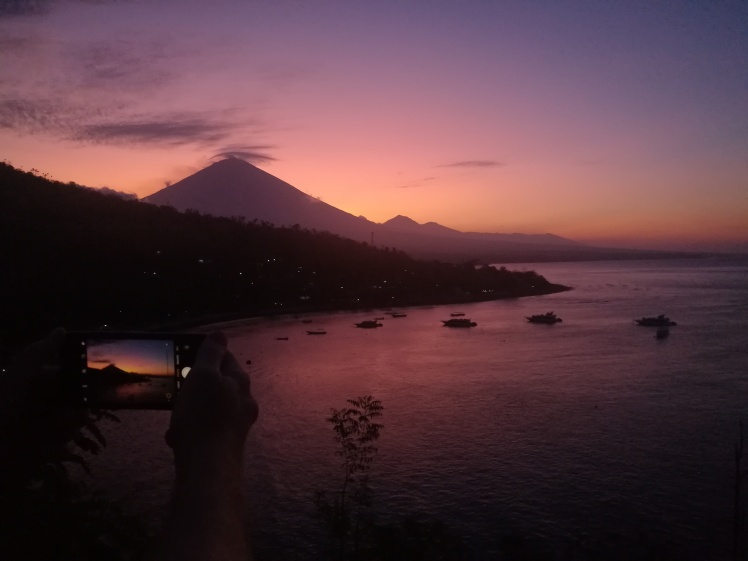